Home Sutton College Throughout the Years

Sutton College Throughout the Years

Sutton College has been based at the current Civic centre site for 50 years but has been around for many more years delivering adult education in various forms to the local community. 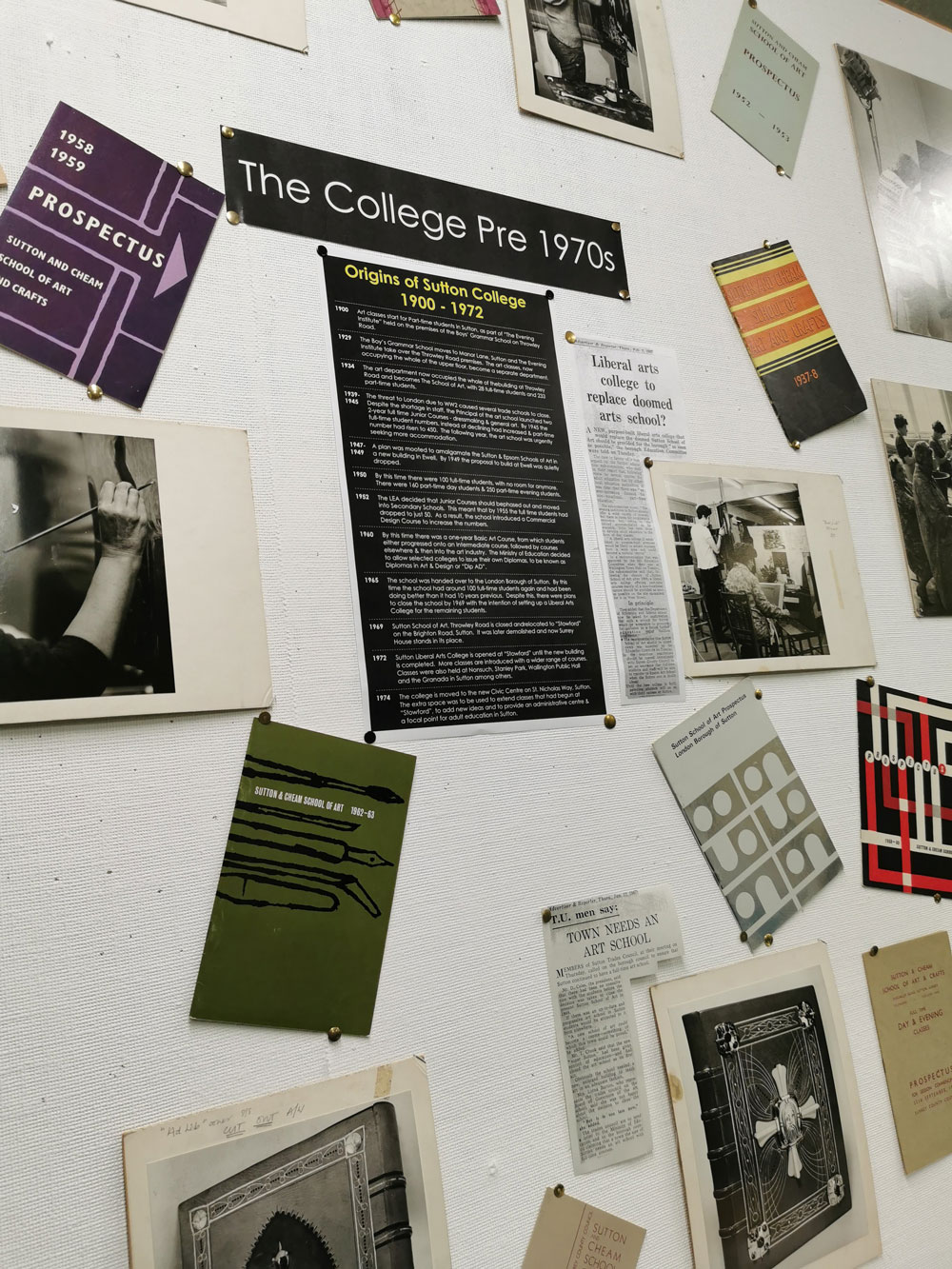 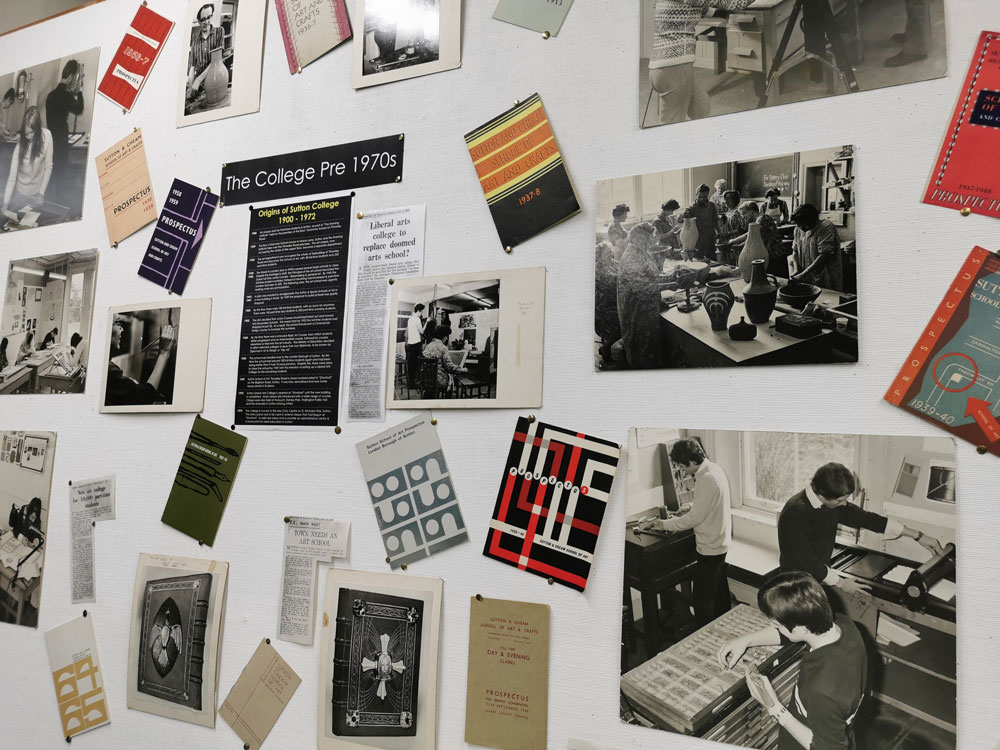 In 1900 Art classes started for Part-time students in Sutton, as part of “The Evening Institute” held on the premises of the Boys’ Grammar School on Throwley Road.
The Boy’s Grammar School moved to Manor Lane, Sutton and The Evening Institute took over the Throwley Road premises in 1929. The art classes, now occupying the whole of the upper floor, become a separate department.

By five years later the art department now occupied the whole of the building at Throwley Road and became The School of Art, with 28 full-time students and 233 part-time students.

The threat to London due to WW2 caused several trade schools to close. Despite the shortage of staff, the Principal of the art school launched two 2-year full time Junior Courses – dressmaking & general art. By 1945 the full-time student numbers, instead of declining had increased & part-time number had risen to 450. The following year, the art school was urgently seeking more accommodation.

Over the next couple of years, a plan was mooted to amalgamate the Sutton & Epsom Schools of Art in a new building in Ewell but by 1949 the proposal to build at Ewell was quietly dropped.

In 1950 there were 100 full-time students, with no room for anymore. There were 160 part-time day students & 250 part-time evening students.
The LEA (Local Education Authority) decided in 1952 that Junior Courses should be phased out and moved into Secondary Schools. This meant that by 1955 the full time students had dropped to just 50. As a result, the school introduced a Commercial Design Course to increase the numbers.

By 1960 there was a one-year Basic Art Course, from which students either progressed onto an Intermediate course, followed by courses elsewhere & then into the art industry. The Ministry of Education decided to allow selected colleges to issue their own Diplomas, to be known as Diplomas in Art & Design or “Dip AD”.

1965 was a significant year as the school was handed over to the London Borough of Sutton. By this time the school had around 100 full-time students again and had been doing better than it had 10 years previous. Despite this, there were plans to close the school by 1969 with the intention of setting up a Liberal Arts College for the remaining students.

In 1969 Sutton School of Art, Throwley Road is closed and relocated to “Stowford” on the Brighton Road, Sutton. It was later demolished and now Surrey House stands in its place.

Sutton Liberal Arts College was opened in 1972 at “Stowford” until the new building, at the Civic site where the centre now stands was completed. More classes were introduced with a wider range of courses. Classes were also held at Nonsuch Mansion, Stanley Park, Wallington Public Hall and the Granada in Sutton among others.

The building work began in 1972 on the current Sutton College building, creating the bespoke adult education teaching spaces that you see today. Sutton Council had decided to build a nucleus for adult education in the borough and the centre was fully opened in 1974.

The Liberal Arts College as it was known then, was built on part of the graveyard of St Nicholas Church and formed part of the Civic, housing the library and council offices too.
As a purpose built adult education complex, the College had bespoke and now rare Pottery and Jewellery studios designed plus art studios too which are all still in use today.
When it was built, the four floor College had an arena, two storeys high, that was used as a multi-purpose hall for sports and dance classes. There was a lecture theatre for 100 people, science lab, photography studio and dark room plus a large student common room with refreshments when built too although these have now been replaced by learning spaces.
The College’s name has changed throughout the years going from its initial name of ‘The Evening Institute’ then Sutton School of Art, to Sutton Liberal Arts College, Sutton College of Learning for Adults (SCOLA) and Sutton College as it is today. 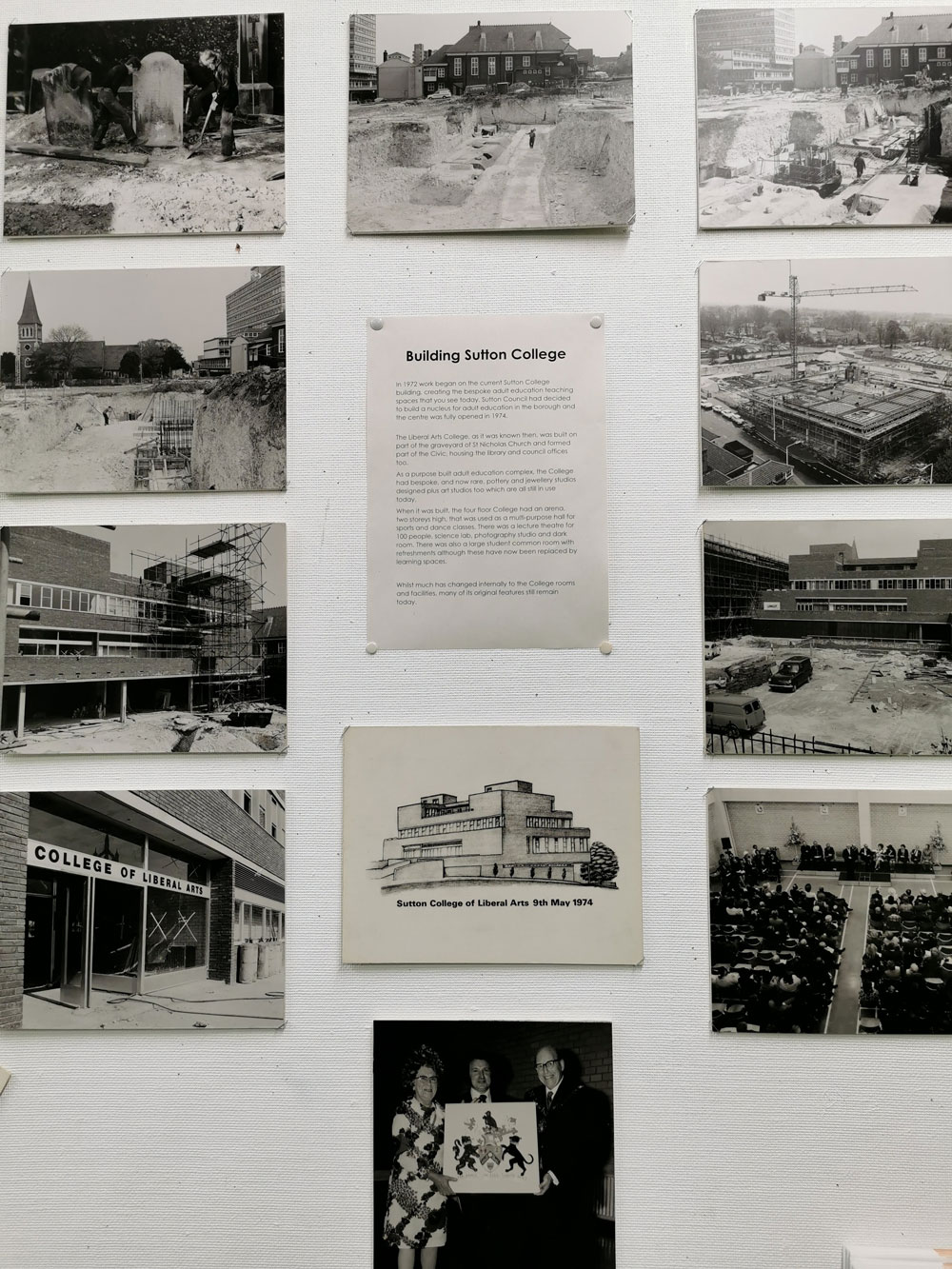 Long standing students have recalled their memories of the College and classes in times gone by stating:

‘ I started at Sutton Manor Centre, where everyone was Mr and Mrs or Miss.’
‘I started SCOLA in about 1959 on a Saturday morning in Throwley Road. I began with oil painting. I attended evening classes…I rejoined when I was 50 doing watercolour.’
‘Happy Memories, especially of Woodcote Road, lovely College, lots of opportunities. Polite staff and friendly learners.’
‘I first started at the old college in Throwley Road doing Art, to help with my GCE Art while at school (1959). Later did Fencing, Line Dancing, Serendipity (1960s onwards at Cheam School). More recently have done various Art & Painting courses at Sutton College, as well as Photography, Flower arranging and Children’s courses with grandchildren.’

Whilst much has changed internally to the College classes, rooms and facilities, many of its original features still remain today.

An exhibition on the history of the College featuring photos and more can be seen in the Starkey Gallery on the 1st floor at the main Sutton College site. 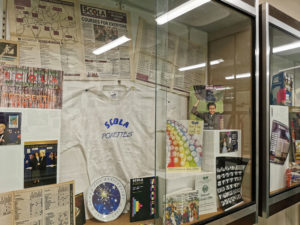 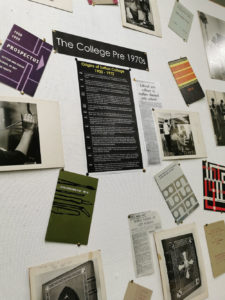 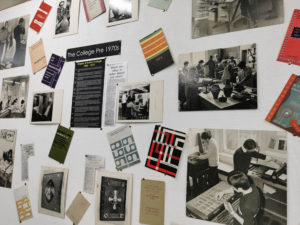 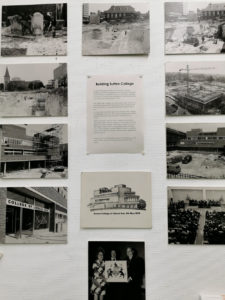